If you’re looking for teachers with vast experience and a proven track record in helping people advance in dancing and drama, you’re in the right place.

All of the dance teachers at Stage Door School of Dance and Drama have enjoyed extremely successful careers in dancing and have helped many people to enjoy the same.

We welcome students from across Bournemouth, Poole and Dorset.

Maureen began her training as a young dancer in her hometown of Bristol performing with the Western Theatre Ballet and in many musical productions at the Bristol Hippodrome including Oklahoma, Carousel and South Pacific. Maureen also appeared in many television plays and documentaries and was a presenter on a live weekly chat show for ATV television for two years.

When Maureen moved to Bournemouth, she found herself in great demand as a choreographer with the local musical societies and continued to do this for over ten years, sometimes working on two productions a year. It was at this time that Maureen returned to her dance training and, together with a young family to raise, began to pursue her dream of running her own dance school and opened the Stage Door School of Dance & Drama in 1971.

Maureen has choreographed and co-directed pantomimes at the Bournemouth Pavilion and over the years has worked with many established entertainers. Since 1975, Maureen has supplied the juvenile chorus and, for many productions, the senior dancers as well.

Maureen’s main goal has been to build the school to reach the high standard and reputation it enjoys today and is very proud that so many of the teachers she has trained over the years have gone onto to open their own schools both in the local area and as far afield as Germany and Australia. Maureen is especially proud of her daughter, Julie, who as co-director of the School continues to uphold the high standards. Together they work to help children discover their love of dance in a friendly and well-structured atmosphere.

Julie was brought up in a theatrical family with her Mother already involved in the dance world and her Father, a Stage Manager for nearly all the local area’s amateur musical productions. It was no surprise then that Julie’s first job was as a dancer touring the Casinos of Portugal. In 1988 Julie returned to Bournemouth and began assisting her Mother at the Stage Door School of Dance & Drama and started her new journey along the path of teaching qualifications.

Julie is a fully qualified ISTD teacher in modern, tap, ballet and national dance, holding the highest level of teaching qualification as a fellow of the ISTD in modern and tap. Julie is an ISTD examiner in modern and tap – a position she feels very proud to have achieved.

Julie coordinates the juveniles of the Stage Door School of Dance & Drama who appear in the Bournemouth Pavilion pantomime and is grateful to UK Productions for giving the students of the school this wonderful opportunity.

Julie also coordinates the school’s productions and events both in the administration and the choreography and is very proud of what the students of the school have achieved over many years and many productions.

Sue originally trained at Solihull School of Ballet and was a member of the West Midlands Youth Ballet performing at Warwick University Arts Centre. After completing a degree she returned to dancing at the Stage Door School and obtained her IDdB(1) and IDB(2) teaching qualifications of the Spanish Dance Society.

She has now been teaching at the Stage Door School of Dance and Drama in Bournemouth for over 11 years and is currently a member of the Executive Committee of the Spanish Dance Society.

Felicity grew up locally and joined the Stage Door School of Dance and Drama aged 4 and over the years was lucky enough to be involved in several pantomimes at both Bournemouth Pavilion and Poole Lighthouse Theatres.

After leaving school, Felicity studied at the Royal Welsh College of Music and Drama and Coventry University respectively and graduated with a BA(Hons) in Performing Arts: Music and Professional Practice.

Since returning to the area, she has been heavily involved in the local amateur dramatic scene performing, as well as directing and choreographing large scale shows and concerts.

Felicity is also a talented percussionist and teaches Samba, African Drumming and Percussion as a specialist teacher across the Bournemouth and Poole area. Felicity is over the moon to be joining the team at Stage Door.

Daisy is a professional performer who has toured the UK in a variety of roles. She has been performing from a young age and has participated in various amateur productions locally, attending Bournemouth & Poole College where she gained BTEC Level 3 qualification in Performing Arts (Distinction* and Distinctions).

Daisy is trained to a very high standard in Singing which she also performs professionally and has sung with Dorset Opera in L’Elisir D’Amore and Un Ballo in Maschera. This summer she will be joining Dorset Opera for La Boheme and Le Cid.

She is thrilled to be passing on her knowledge and experience to the pupils at Stage Door. 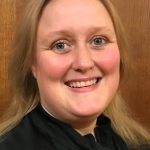 Elizabeth started dancing at 2 years only at a local dance school in Aylesbury called The Kercher School of Dance. She continued her training here until she was 16, competing in numerous dance competitions and gaining her ISTD dance exams up to her majors exam in ballet, tap, modern and national. She also studied musical theatre alongside her dance training.

At 16 Elizabeth was awarded a full 3 year scholarship at Midlands Academy of Dance and Drama.

Since then she has be attending the Linda Sweetzer Teacher Training College and has gained her DDE ISTD modern and Licentiate ISTD Tap teaching qualifications, alongside teaching for more than 10 years

She now also works as a cardiac and pulmonary rehabilitation exercise specialist for the NHS.

Please get in touch if you would like to book a dance class or would like some more information.

We would love to hear from you.

A selection of reviews from some of our customers. You can also read some our Google Reviews. Please contact us for more information about our Dance and Drama classes – call 01202 297495.

Both of my children have attended at the Stage Door School of Dance & Drama for a number of years, my older daughter who is now at University even pops back when she is home. The teaching is outstanding & both my children have enjoyed Modern, Tap, Ballet, Spanish & Musical Theatre lessons. I would recommend this school to anyone, Miss Julie & Mrs Headford are vastly experienced & qualified teachers who maintain an enthusiasm for teaching which is passed on to their students. The school offers students the opportunity to progress in dance & perform in public, which builds confidence. A 1st class school.
Fantastic place to learn the disciplines of dance. My daughter has been there for 11 years and the lessons in dance have been equally important as the lessons in how to conduct herself in performances etc. The teachers focus very much on the technique required in dance and never put students at risk of injuring themselves. They work with the individual students ability. Highly recommended if you are looking for a dance school with good, traditional values.
My three daughters have been coming to Stage Door for the last 13 years. In that time they have learnt so much more than just how to dance. They now both understand and appreciate discipline and hard work. Each of them have been fortunate enough perform in the juvenile chorus at the panto at the Pavilion. It has been wonderful to see their confidence grow and make lifelong memories. All of my girls have made some lovely friends from their dance classes; as have I with many ‘dance mums’ too!
I attended Stage Door School from the age of 4 in the baby ballet class and continued until I was 18 and left the area. I was taught a huge amount over the 14 years I attended, achieving a high standard in ballet, tap, modern, Spanish, drama and singing. I was also given numerous opportunities to perform in professional shows and bookings. The standard of teaching is incredibly high and I am forever thankful for the discipline and determination I developed here. I also made friends for life, thanks to the warm and inclusive atmosphere at the school. I definitely recommend it.
My daughter has been attending ballet, tap and modern classes for the past seven years, she thoroughly enjoys her lessons and is always looking forward to her next one! Over the years my daughter has really flourished, gained in confidence and received some fabulous exam results! Mrs Headford and Miss Julie are amazing teachers who know how to encourage their pupils to gain their full potential. As an ex pupil myself I would highly recommend this school.
Previous
Next

If you’re looking for somewhere to excel in song, dance and acting, Stage Door School of Dance and Drama is a great start. Call us on 01202 291497 now.